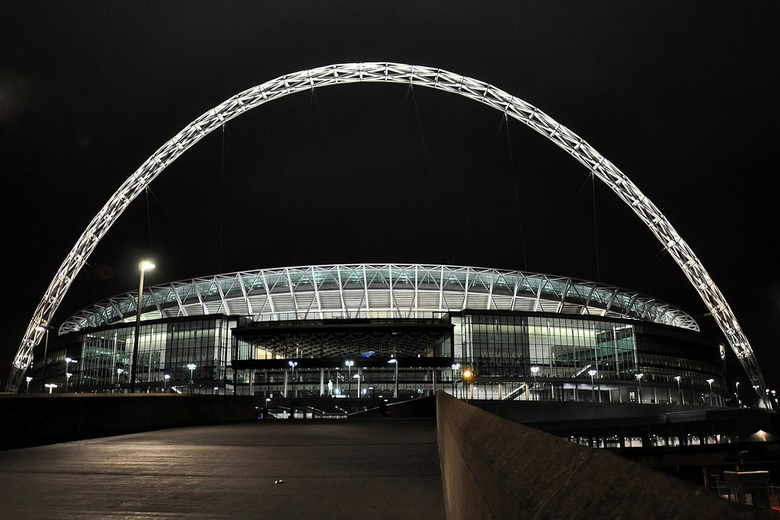 As well as the opportunity to earn a William Hill free bet when signing up for an account with the bookmaker, Hills often list competitive odds for sporting events all around the world. This of course includes the FA Cup, which had the draw for the 3rd Round on Monday evening. We will have more information on how you can make an expected profit from the William Hill free bet through matched betting later on in the article, but let’s look at the odds listed for the eventual FA Cup winner.  Who will lift the famous trophy at Wembley in May?

It should come as no surprise at all that Manchester City have been installed as the early favourites to win the whole competition, even before they have kicked a ball. Such has been their amazing form in the Premier League and Champions League, no other side will want to face them in this competition. Unfortunately for Sean Dyche’s Burnley, they will have to as they have been drawn to travel to the Etihad for the 3rd Round, due to take place in early January.

As it looks like they may not be able to successfully defend their Premier League title, Chelsea may decide to prioritise the FA Cup as their best chance of winning a trophy this season. Eden Hazard and Alvaro Morata look to be building up a fantastic partnership that will trouble any defence in the country.

Antonio Conte’s side were drawn away to Championship side Norwich City in the 3rd Round, which is a tie they will expect to come through fairly easily.

Jose Mourinho has got Manchester United playing some good stuff, fresh off a 3-1 away win at the Emirates on Saturday. It will be tough for any side to beat The Red Devils throughout the course of the competition. Gary Rowett’s Derby County side will pose the first test at Old Trafford and Man United will start that match as overwhelming favourites.

Romelu Lukaku is struggling for goals slightly at the moment, but a lot can change between now and early January when the FA Cup 3rd round gets underway. Of course, Zlatan Ibrahimovic could step in if needed too.

Since beating Real Madrid 3-1 in the Champions League, it has all gone wrong for Spurs. Their Premier League form has completely gone out of the window and they seem to be really struggling. Star players such as Dele Alli are out of form at the moment, but the quality is obviously there. Harry Kane will always score goals, which will give them a chance.

Their 3rd round tie is at home to AFC Wimbledon and with their temporary home, they won’t need to wait until the semi final stage in order to walk out at Wembley.

Even though they had so many chances against Man United at the weekend, The Gunners fell to a defeat. That defeat could be put down to a phenomenal goalkeeping performance from David de Gea. As well as challenging for a top 4 place, Arsenal are expected to go quite far in the Europa League too, which may get in the way of an FA Cup run.

That being said, Arsenal are the current FA Cup holders and will be desperate to win the trophy yet again, after a lot of success in the competition in recent years. Their 3rd round tie is away at Championship side Nottingham Forest, which Arsene Wenger’s side will start as big favourites in.

The attacking options on show from Liverpool are incredible, with talent such as Mo Salah, Philippe Coutinho, Sadio Mane and Roberto Firmino at their disposal. There are still some question marks over their defence but on their day The Reds can certainly beat any other side in the country.

An amazing 3rd round tie awaits too, as Jurgen Klopp’s side will play host to Merseyside rivals Everton. We will get a preview of this when the two sides meet at Anfield in the Premier League on Sunday.

Anyone looking for regular football tips should visit www.tipsfix.com who provide good quality tips and information on a wide range of football leagues and tournaments throughout Europe including of course the FA Cup. Everton themselves can be backed at 25/1 to win the FA Cup, but they will be underdogs in their first game. It remains to be seen how far new manager Sam Allardyce can take the Toffees. Former Premier League Champions are 25/1 too, with Claude Puel getting the Foxes playing some good stuff yet again and they will play either Fleetwood or Hereford in the 3rd round. Southampton have been hit and miss in the league so far and are 28/1 to go on and lift the FA Cup. They travel to Fulham in round three. Other options include West Ham (33/1), Newcastle (40/1), Stoke (40/1) and Watford (40/1).

As mentioned earlier in the article, William Hill can also be helpful to us as matched bettors, thanks to the offers that they list. If you are unfamiliar with matched betting, it is a way of turning bookmaker offers into an expected profit. To do this, we use special matched betting tools such as our matched betting calculator, Odds Matcher and bet tracker.

Here is how you could profit from the William Hill free bet you can receive for signing up.

If you sign up for an account with William Hill, you could profit from their great welcome offer. The first step you need to take is to register your personal details and use the special promo code C30, and William Hill will credit you with £30 in free bets when you deposit and bet £10.

This is a really easy offer to complete from start to finish and can also be extremely valuable to you, as it has an expected profit value of £23 when following our step by step guide.

Deposit your first amount of £10, preferably via a debit card, and use our Odds Matcher to find a selection that has close odds between those on William Hill and those on your chosen betting exchange, such as Betfair or Smarkets. We do this in order to minimise any potential qualifying losses and will help maximise profits once the offer is complete.

Once your qualifying back bet and lay bets have been placed and settled, the worst case scenario is that you will have lost a few pence. We can then use the £30 in free bets to make an expected profit. They are credited as three £10 free bets, which can be placed on the same selection though they must be placed separately. The strategy is the same, place a back bet and a lay bet, this time using the free bet stake. The matched betting calculator will do all the hard work, and you should end up with a profit either way.

As well as William Hill, you could also make money from the other offers we list too. There are over 50 welcome offers in our premium section at the moment, that have an expected profit total of over £1000. Add to that the existing customer, accumulator and casino offers and you could make a consistent profit with us.