Home » Blog » Who Will Win The Championship Title Race?

Who Will Win The Championship Title Race? 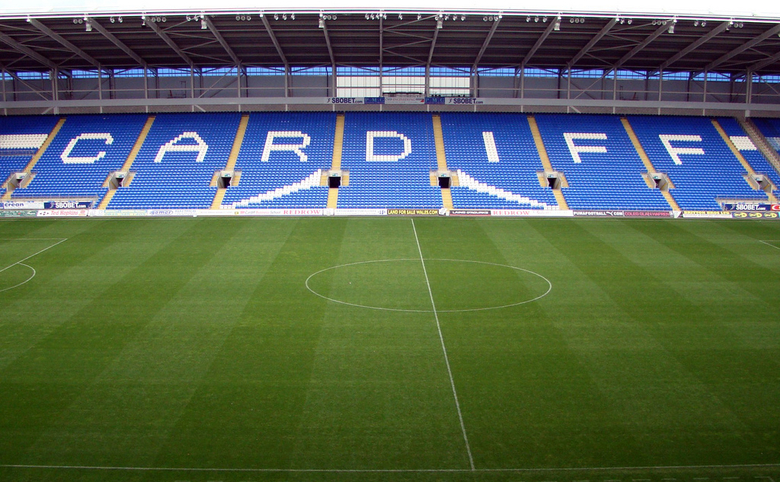 The Championship is well known as one of the most difficult leagues to win, due to how competitive it is week in, week out. A lot of the sides in the league are at a very similar level, which makes guessing a winner almost impossible sometimes. That doesn’t stop punters from giving it a go however, with many placing their bets on who they think will be lifting the trophy come May.

A safer bet is matched betting. If you follow our guidelines you can make a profit from the special offers and promotions that are listed by bookmakers. The strategy is to obtain a free bet by placing a back bet with the bookmaker and a lay bet with a betting exchange, such as Betfair or Betdaq Exchange.

Many of the football promotions currently available allow you to bet on matches from the Championship, though it will not matter who wins when matched betting as all outcomes will be covered. More information can be found in our guide to matched betting.

In terms of Championship betting though, if you did wish to back a side to win the league, where is the value? Let’s take a look.

It never seems to be easy for Wolves, even when it looks like it should be. The summer transfer window was extremely busy for them, with the club spending around £20million on new talent including £16million on Ruben Neves. Loan striker Diogo Jota has found his feet straight away and looks like a great addition.

The fact they have acquired well probably explains why they are currently the bookies favourites for the title, though they do currently sit in 4th place after a good start. Three points off the top, they could have gone level with Cardiff for 1st but the wheels fell off for Wolves with a 2-0 defeat at Sheffield United, where Conor Coady was sent off early.

Coady and Matt Doherty have recently signed new deals and the future looks bright. Whether or not they will win the title remains to be seen, but Wolves will certainly be challenging.

The current Championship leaders are unsurprisingly right in the mix for the title according to the bookies. Second favourites as it stands, and they will feel like they deserve to be the outright favourites themselves. Manager Neil Warnock has been successful in this league so many times in the past, and he has the Welsh side playing some great stuff.

The players look motivated and talented, meaning that not many sides have been able to challenge them so far. The Bluebirds have only lost once in their opening ten games and are two points clear at the top. Big striker Kenneth Zohore had been struggling until promotion rivals Leeds came to town, where he grabbed two goals in an impressive 3-1 win.

As mentioned, Leeds’ most recent result was not a good one and they will be hoping to bounce back from that as soon as possible. The Whites still sit in 3rd place and are in a very strong position. Since Andrea Radrizzani completed his takeover and brought Thomas Christiansen in as manager, things have gone from strength to strength.

New striker Pierre-Michel Lasogga has been banging the goals in straight away, while Kamar Roofe and Samuel Saiz have both scored 6 in all competitions so far this season.

The club finally look to have put their woes behind them, with the new ownership and Elland Road being owned by the club again. Things are looking rosy for now.

It has certainly been a rough couple of years for Aston Villa, but now it looks like they may be on the up. Their most recent victory came with a 4-0 demolition of Burton Albion, which has left the Villans in 8th place in the league.

The signing of former England captain John Terry caught the eye in the summer and it looks as if that experience could be really valuable as the season goes on. Steve Bruce was under pressure, but things are beginning to look up. According to Oddschecker, 78% of all stakes on the Championship winner market have gone on Villa since the last round of fixtures.

The side from the second city are on the up and they are still waiting on main striker Jonathan Kodjia to get his first goal of the season.

For the most part, last season went really well for the West London side right up until the play-off semi-final against Reading. It just goes to show how topsy turvy the league can be, as Fulham went into that game bang in form and as favourites to reach the Premier League.

So far this campaign, they have not had things their own way at all. Currently the club sit in 11th place in the Championship with 14 points on the board. Their form sums up the league as a whole, as they went to a tough Ipswich side and won 2-0, but then lost 2-1 at Burton Albion.

You’re only as good as your last game though and Fulham’s was a good 3-1 win at Nottingham Forest. If they can get a run of wins together, they should be challenging at the top.

Since Garry Monk swapped Leeds for Middlesbrough, the Teesiders have not been bad by any means, but they are yet to hit the heights that many people expected them to. Currently 9th in the Championship, they have simply drawn too many games.

In the Premier League last year, their main problem was scoring goals. This has been addressed with the signing of Britt Assombalonga, who already has 5 goals this term.

Everyone involved will be disappointed with the 1-0 home defeat to Norwich this week and they’ll be desperate to bounce back as soon as possible.

Chris Wilder has really got his side playing some good stuff. Let’s not forget that the Blades are new to the league too, having just been promoted from League One. Currently sitting in 2nd place, a title challenge could be a real possibility.

Whatever happens, this season has already been a huge success, with a 4-2 win away to bitter rivals Sheffield Wednesday meaning their fans have the bragging rights in the city. They followed this up with an equally impressive 2-0 win at home to Wolves too.

It seems like this Sheffield United side have become used to winning and that makes them extremely dangerous. 20/1 looks good value as an outsider.

Another surprise package this season, Preston have been excellent since former Norwich manager Alex Neil took over in the summer. He replaced Simon Grayson, who must be regretting leaving Lancashire to join Sunderland, a side that look in desperate trouble.

The Lilywhites are currently 5th after a 2-1 win away at Hull City and they look all set for a sustained promotion push this term. They are not a high scoring team, but defensively they look like they can grind out results.

It would be a big shock if they were to actually win the league, but stranger things have happened.

Best of the rest

Other sides that have not yet got going could actually provide some good value. Norwich City can be backed at best odds of 28/1 and the club certainly have the talent at their disposal to start winning games. Derby County are 33/1, with Gary Rowett’s men being extremely erratic so far. They followed up a 5-0 win against Hull with a desperate 4-1 defeat at Bristol City. Speaking of City, they have started well and can be backed at best odds of 40/1. Struggling Sheffield Wednesday are 35/1, while Mick McCarthy’s Ipswich are 100/1 with one bookmaker. Here are the best odds for the rest of the league:

As mentioned earlier, here at MatchedBets.com we can help you earn extra money through matched betting. We list all the information you will need in our premium section, including information articles and step by step guides. We also offer industry leading tools, such as the Odds Matcher and matched betting calculator.