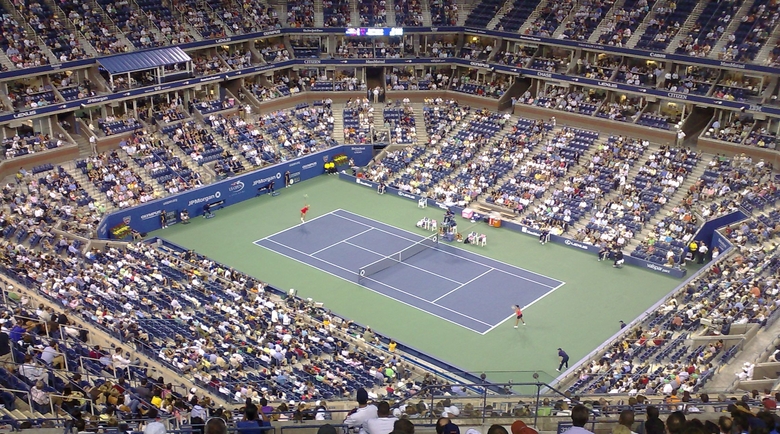 There are quite a few bookmakers that are offer good tennis promotions, such as Titanbet tennis acca insurance and 10Bet’s upcoming US Open Free bet. But who is going to win the last Grand Slam of the year, which begins on 28th August? If you are looking for a good selection for your outright bet, here are some options.

Roger Federer will go into the tournament as the favourite, which should come as no surprise to anyone. Taking TitanBets odds as an example, he can be backed at 6/4. After lifting the Wimbledon trophy earlier this summer, he could well follow it up with another title at Flushing Meadows. Rafael Nadal (9/4) will be named the new World Number One on Monday, and he could use that as momentum to go all the way here. He certainly has the talent.

The man he is overtaking in the World Rankings, Britain’s Andy Murray, is the third favourite at 13/2 though he may be best avoided as the hip injury that has been plaguing him for months could stop him competing altogether. German Alexander Zverev is not far behind at 7/1, while some decent looking outsiders include Milos Raonic (20/1) and Grigor Dimitrov (33/1).

Again, it is the Wimbledon Champion that leads the betting, with Garbine Muguruza available at 6/1. The fact that the favourite is 6/1 suggests that the market really is wide open. Karolina Pliskova is second favourite at 13/2, with the returning Maria Sharapova, playing her first Grand Slam Tournament for 15 months after a drugs ban, available at 8/1. Britain’s Johanna Konta did well at Wimbledon, and may offer decent value at 8/1 herself.

Venus Williams is more of an outsider at 14/1, and in front of her home crowd she may raise her game.

No Risk When Matched Betting

Remember that there is no need to take a risk though. When matched betting, you will be able to profit from certain bookmaker offers. For example, the 10Bet US Open Free Bet offer gives you a £10 free bet when you place a £20 outright bet on the US Open Champion. We can place a back bet and a lay bet for the qualifier and who we choose as our selection is dependant on who has the closest match between the bookmaker odds and those on the exchange.

This is where the MatchedBets.com Odds Matcher comes in. As tennis selections are available, the tool will find the closest match in order to make sure you minimise losses from the qualifier, and maximise profits from the free bet.