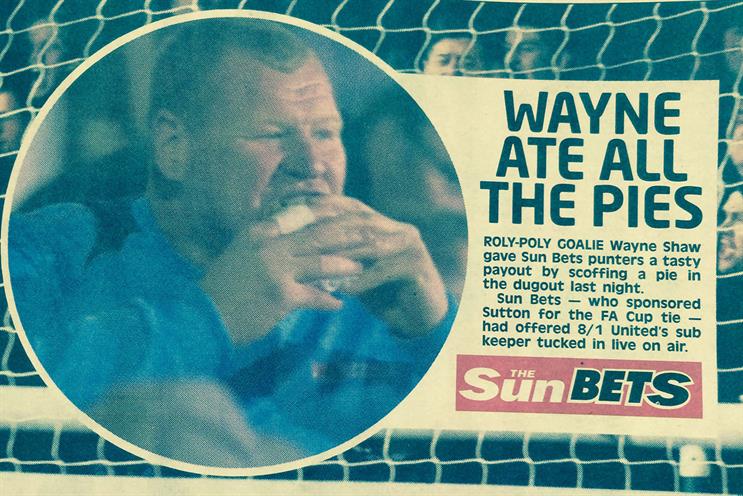 Current affairs magazine Private Eye has written a pretty damning piece on UK bookmaker Sun Bets, though the article does seem fairly biased and some of the criticisms unjust. The article pulls no punches and points to what are considered to be numerous ‘failings’ of the business, which has been in operation since the summer of 2016. Despite being a relative newcomer to the gambling industry, the tabloid bookie has already made it’s own headlines on a number of occasions.

A particularly high-profile faux pas centred around ‘Pie Gate’ and an enhanced odds offer for the FA Cup match between Sutton United and Arsenal back in February. Sun Bets promoted a special price on Sutton reserve goalkeeper Wayne Shaw being filmed eating a pie. Shaw obliged but the publicity stunt soon backfired when the Gambling Commission launched an investigation. Soon after, the player faced disciplinary action from the FA and was forced to resign from his club.

Private Eye points to other ‘mistakes’ being made too. One incident being the firm sponsoring the Stayers Hurdle at the Cheltenham Festival but instead of capitalising on the advertising opportunity, the newspaper instead took the decision to run a Ladbrokes betting offer on it’s front page on the day of the race. However, without Private Eye having access to the Sun’s financials, it’s unclear why this is seen to be such a bad thing as the paper was presumably paid to run the advert. The magazine also cites The Sun’s inability to adequately promote betting odds on the General Election, as it is allegedly so opposed to the Labour Party, though in our opinion this is merely a political stance for the paper’s reader base.

There are reported deep lying issues as well. TabCorp was appointed to handle the bookmaking and part of the bargain was that the Australian bookmaker would be given brand exposure online and in the newspaper. Sun Bets delivered initially but the level of coverage tailed off, prompting TabCorp to rethink the entire operating strategy. The business is now set to go under a restructure which is likely to result in significant redundancies and closure of some call centres.

If there are indeed so many problems under the surface, it certainly hasn’t been noticed by matched bettors who have enjoyed numerous promotions with the bookmaker to date. The current Sun Bets free bet offer can be used to make around £8 profit. There have also been some brilliant money back incentives and bonus offers, many of which have contributed a notable amount to earnings from matched betting in the past year.