Lucky Player wins over £4m playing on a Bingo Site 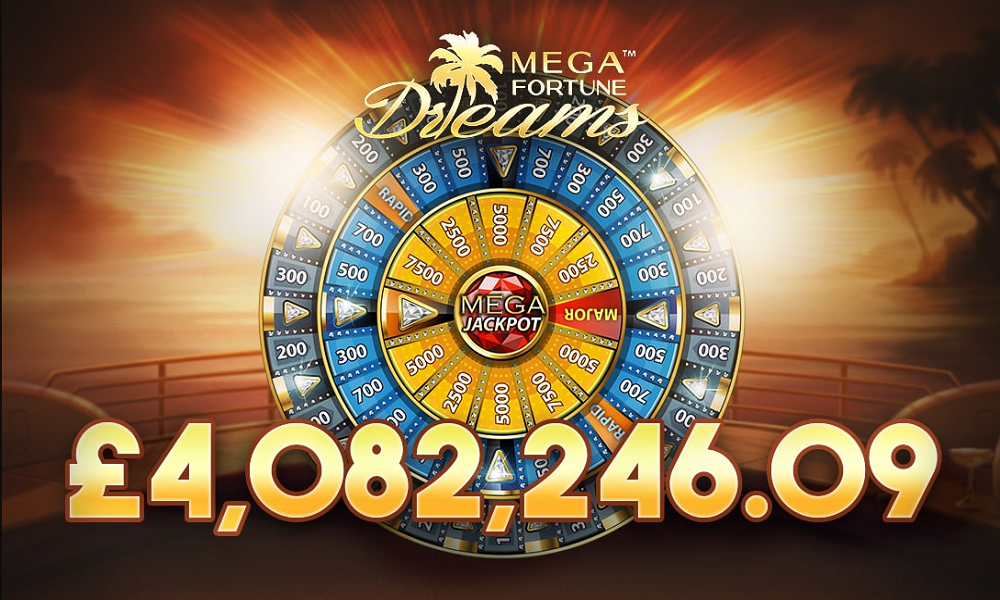 One lucky player has managed to hit a £4m jackpot after playing the NetEnt ‘Mega Fortune Dreams’ slot on bingo site Bingo.com.

The jackpot win was achieved from just a £0.80 spin by the 49-year-old Brit last month who was shocked when they realised the scale of their returns.

“You hear about people winning these sorts of multi-million-pound jackpots, but you never really believe it as it never happens to anyone you know. And now it’s happened to me! It’s so unreal.”

“I got home in the early afternoon and went to bed but couldn’t sleep so I decided to have a play on the computer. To be fair, I was actually dozing off when I pressed the button and the feature came up. I thought ‘that’s alright – I’ve won something’ – but I didn’t realise how much I had won. I sort of read something, so decided to get my glasses and that’s when I realised how much it was!”

“It really has changed my life – but it’s also changed other people’s lives for the good too. I’ve given my friends and family the best part of a million pounds. I’ve already bought an Aston Martin DB11 and a Jaguar XJ for my dad – but I got good deals! We’re going to Disneyland and I’m now retired!”

“Mega Fortune Dreams has certainly lived up to its name again by creating another instant multi-millionaire and delivering a life-changing win.”

Many players at online bingo sites are casual players who play for entertainment as well as the hope of hitting a big win. Although this jackpot was won on a slot game offered by the bingo site, bingo game jackpots can also be of a sizable amount. Players who have fun and play at Tombola Bingo, for example, have the chance to take home a share of the £7m+ which is won every week by members! Bingo jackpots can be won either through progressive or preset jackpots with progressive jackpots having the potential to return life-changing amounts.

In the past, bingo was a game for the older generation but with the rise of online betting and access to a number of online bingo sites at your fingertips, bingo has been attracting players of all age-ranges, helping to revitalise the game both online and in bingo halls.

The odds of winning in a bingo game depend on a number of variables. Having your numbers called out is, of course, the deciding factor whether you win or not, which ultimately comes down to luck, but there are some things you can do to increase your chances of winning.

The most obvious way to increase your odds of winning is to buy more cards. The more cards you have, the greater your chance of winning the game. For example, if you buy just one card and there are 5 other players playing the game, each who have also bought one card each, your chances of winning are 1 in 6. However, if you bought 10 cards in the same game, the odds of your winning are 10 in 15, or 2/3 which is a lot higher.