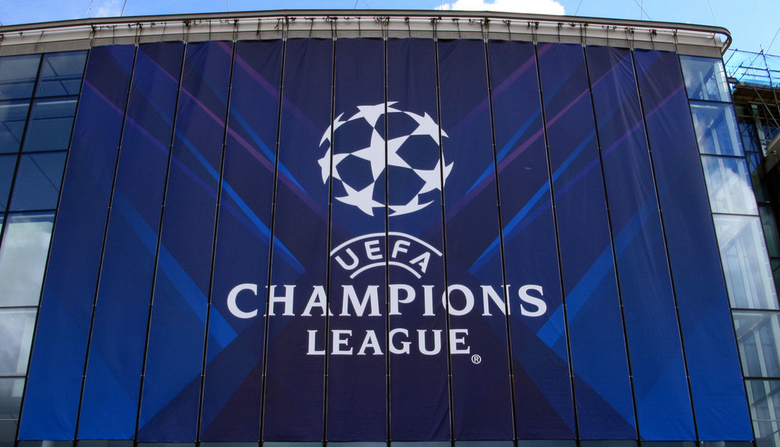 Zinedine Zidane’s Real Madrid side have claimed the famous Champions League trophy for the last two years running and are the favourites to do so again according to Ladbrokes odds. Los Blancos have won the European title an astonishing 12 times, and it could well be lucky number 13 by the time the final comes around next year in Kiev.

Often considered the greatest competition in club football, the list of UEFA Champions League winners is a who’s who of the great European sides. AC Milan are currently in a rebuilding phase, but they have claimed the trophy a huge 7 times over the years, while Barcelona, Liverpool and Bayern Munich are all 5 time winners of the competition. Dutch side Ajax have had some of the best players throughout history and are 4 time winners, while Inter and Manchester United have taken the trophy home 3 times.

The other British clubs to have a taste of glory on Europe’s biggest stage are Celtic, Aston Villa, Chelsea and famously Nottingham Forest, who won back to back titles in 1979 and 1980.

Who is likely to win the whole thing this year though?

Let’s be honest, Real Madrid have pretty much looked completely unstoppable in Europe in the last few years. Beating bitter rivals Atletico Madrid on penalties, followed up with a 4-1 demolition of Juventus in consecutive European finals, it is no surprise that they are favourites yet again.

Everything has not been plain sailing for them domestically so far this year though. Real have drawn a couple of La Liga matches at home to Valencia and Levante, which has allowed their arch enemies in Barcelona to reclaim their place at the top of the league. In the Champions League though, it was routine in week one as they dispatched Cypriot club Apoel Nicosia 3-0 at the Bernabeu.

That said, it is far from an easy group they are in. Group H also contains Tottenham Hotspur and Borussia Dortmund who will pose a decent test. It would take a massive surprise for Madrid not to win the group though, and once in the knockout phases they will prove they mean business. Plus, they have Cristiano Ronaldo. Enough said.

Things had been going extremely well for the French Champions until very recently. Brazilian superstar Neymar joined from Barcelona for a world record fee and they also added wonder kid Kylian Mbappe. It all went downhill when PSG were awarded a penalty in a game against Lyon. Edinson Cavani is the usual penalty taker, but Neymar wanted the kick for himself. An argument ensued which the Uruguayan won, only to then miss the penalty. You’d think that would be the end of it though, right? Wrong. The argument continued into the dressing room where Thiago Silva had to step in.

There have even been crazy reports that Neymar has demanded that PSG sell Cavani in January. Other reports suggest the reason Cavani refused to let Neymar take the penalty was due to a bonus clause in his contract, stating that he would get an extra €1 million if he finishes as the clubs top scorer. Neymar has unfollowed his teammate on social media site Instagram and it looks like the fall out is going to continue.

Farcical really, and if this is carrying on you should probably avoid Les Parisiens at such relatively short odds. That said, if they can get back on the same page then the talent is certainly there.

It’s always foolish to write off a Bayern Munich side, especially when they are lead by a manager as successful as Carlo Ancelotti. They last lifted the Champions League trophy back in 2013 where they defeated German rivals Borussia Dortmund in the final.

Bayern have started the season pretty well, though they did suffer a defeat at 2-0 Hoffenheim earlier this month. That is their only blip so far, with their European campaign getting off to an easy start with a 3-0 win at home to Belgian side Anderlecht. Their group includes PSG and Celtic, so it will be interesting to see how the Germans do against the French side.

At 6/1 there is some value, though the Bavarians will need to play well all over the park if they are going to triumph.

Lionel Messi just cannot stop scoring. He has been Barca’s main man for so many years now and it seems like his career at the top will be continuing for years to come. As mentioned earlier, Barcelona sit top of La Liga having won all of their games so far. The latest of those was a 6-1 win over Eibar, with Messi grabbing four.

There was a blow however, as £135 million winger Ousmane Dembele is expected to be out for three and a half months after having hamstring surgery. He was making his first start in La Liga when the injury happened too. How’s your luck?

Barca were very impressive in sweeping Juventus aside 3-0 in their first Champions League game, and should have no problems seeing off Sporting and Olympiakos.

Ex-Barcelona manager Pep Guardiola has got his Manchester City side playing some amazing football. His first year in charge did not really go as planned but they have started superbly this season. Fresh off a 6-0 thrashing of Watford away from home, they currently sit top of the league albeit due to alphabetical order.

Sergio Aguero and Gabriel Jesus look like a lethal partnership and have shared the goals around already this season. City have even looked decent defensively, which has been a massive problem in recent times.

If the week one destruction of Feyenoord is anything to go by, the Citizens will be a major threat in Europe this year.

It is hardly surprising that United can be backed at the same price as their Manchester counterparts. After all, they do have identical records so far in the Premier League. Both have played 5, won 4, drawn 1 with a goal difference of +14.

New star striker Romelu Lukaku has really hit the ground running and he will need to continue that good form if the Red Devils are to triumph on the European stage. Everton were dispatched 4-0 at the weekend and Jose Mourinho’s men are playing some excellent stuff.

A 3-0 win over Swiss side Basel kicked off their European campaign and their group looks quite easy on paper.

Let’s not forget the current Premier League Champions. Antonio Conte’s side have gone under the radar a little bit so far this season, probably due to the fact he didn’t really get the additions he was looking for in the transfer window.

The depth of the squad is not that great, but the first 11 could go toe-to-toe with any club in world football. In Europe, they started off with a very easy win against FK Qarabag but face tougher tests in the form of AS Roma and Atletico Madrid.

If striker Alvaro Morata starts to find the net regularly and they get Eden Hazard back to 100%, they could find the winning formula.

Losing finalists in two of the last three years, the Italian giants must be desperate to claim the trophy this year. That being said, it really didn’t look like they were up for the fight against Barcelona when they were easily beaten 3-0.

In domestic action though it has been plain sailing, with youngster Paulo Dybala hitting the headlines for some excellent goals. He is one of the shining lights at Juve and is even being compared to Messi early in his career.

For a side that are known for being solid at the back, if Gianluigi Buffon is able to keep the opposition out they could go one better than last year.

Atletico Madrid are the next best and can be backed at 20/1. They will need to get over their European struggles against rivals Real though. The other English sides in the competition, Liverpool and Spurs, can be backed at 22/1 and 25/1 respectively. Jurgen Klopp’s side are on a terrible run at the moment, while Spurs have been hit and miss so far. There may be some value in the football hipster favourites. Napoli are truly an exciting side to watch, and if they can find the results they may be worth a look at 28/1. Similarly, Borussia Dortmund look a decent bet at 33/1, though they did lose their first Champions League game. If you fancy another Leicester City situation, FK Qarabag are the rank outsiders at 1000/1.

Of course, when matched betting there is no need to ever risk your money. With the help of the tools and guidance at MatchedBets.com, you can make a consistent income through exploiting bookmaker offers for a guaranteed profit.