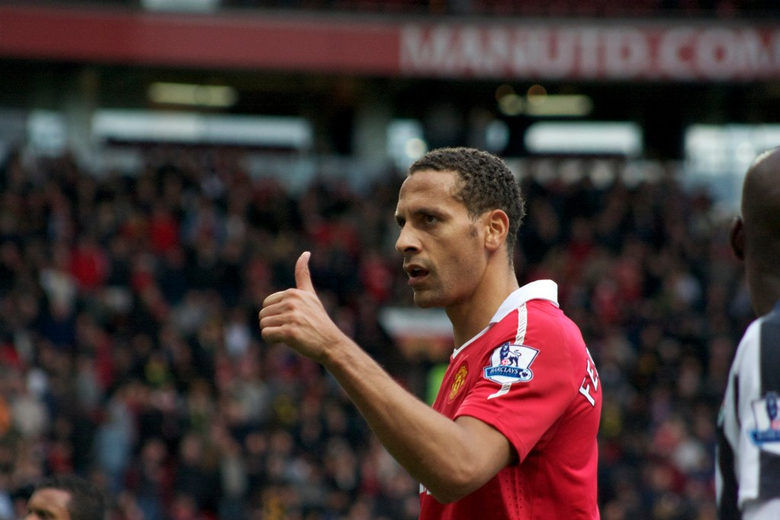 Betfair sports have announced a new project named ‘Defender To Contender’, which relates to the former Manchester United and England defender Rio Ferdinand announcing that he is to step in a boxing ring to compete for the first time.

The famous bookmaker Betfair will be promoting and sponsoring the big event, which has already attracted a huge amount of attention since the announcement was made.

Rio Ferdinand had a massively successful footballing career which included spells at West Ham United, Bournemouth, Leeds United, Manchester United and Queens Park Rangers, as well as making 81 appearances for the England national team. During his time at Old Trafford, Ferdinand achieved a huge list of accolades, such as;

Ferdinand announced his retirement from professional football in May 2015 after a stint at QPR and has since been seen as a football pundit for the BBC and BT Sport among others. Since that retirement, he has obviously been training for a boxing debut, which is an incredible change of pace for a man that is coming up to his 39th birthday.

Before he is able to officially step into the ring for an actual fight, qualify for his British Boxing Board of Control (BBBOC) licence. There is no guarantee he will be given this, but everyone involved is hopeful.

Regarding the move into the squared circle, Ferdinand had this to say;

“When Betfair approached me about the Defender to Contender challenge, the chance to prove myself in a new sport was a real draw.

“Boxing is an amazing sport for the mind and the body. I have always had a passion for it and this challenge is the perfect opportunity to show people what’s possible. It’s a challenge I’m not taking lightly, clearly not everyone can become a professional boxer, but with the team of experts Betfair are putting together and the drive I have to succeed, anything is possible.”

In order to assist his transition into a completely new world, Betfair have put together a team of world-class boxing and conditioning experts to get him into fighting shape. In Rio’s training camp will be former WBC super-middleweight Champion Richie Woodhall, who is now the Team GB trainer.

The training camp will involve a lot of fitness work, as well as plenty of technical preparation. Betfair also plan to introduce quite a few former and current boxers at different points in the campaign in order to help him prepare for the fights.

Interestingly, this is not the first time Betfair have been involved in a major celebrity switching sports. They famously backed Victoria Pendleton in swapping her Olympic cycling career to become a jockey at Cheltenham back in 2016. That was actually a big success, and they will be hoping the ‘Defender To Contender’ challenge goes well too. Be under no illusions though, everyone involved knows how tough this is going to be, which is why Betfair intends to put the spotlight on all of the issues faced by boxers around the world.

Woodhall believes that Rio will have what it takes to make it, even at his age;

“In all honesty, I think Rio can definitely box as a professional given time. He has natural power in his right hand, is extremely fit and is very enthusiastic to learn which is encouraging.

“Style wise he’s very raw and I’ll have to develop this which will take time but he has all the natural ingredients, height and reach advantages over boxers in his weight division and definitely has potential to win a title in the future.”

Betfair obviously have a lot riding on the success of the project too, with their Brand Director for the UK and Ireland saying;

“Rio stood out as the perfect personality to undertake this challenge, as he knows all about the hard work and dedication it takes to succeed. With Rio’s sporting pedigree, our support network, and a lot of hard work, we’re all confident that Rio can compete for a belt.”

However, not everyone thinks this is going to be a success. Boxing is obviously a notoriously dangerous sport and for a man that is not used to being punched in the face on a regular basis it could prove to be one challenge too far. Famous boxing promoter Eddie Hearn doesn’t think this is a good venture for Ferdinand. He has questions over whether Ferdinand will even be given a boxing license in the first place, and thinks it is a bad idea all round. He told BBC Radio 5 Live;

“It’s laughable. I like Rio, don’t get me wrong, but this is an advert for a reality TV show. If Tony Bellew, David Haye or Anthony Joshua hit Rio Ferdinand it would probably be prosecutable by the police for using a deadly weapon. He could get himself badly hurt.

“It’s OK if it’s just a bit of fun, making a TV show and making some money. I wish him luck, I hope he enjoys it but be very careful because it’s dangerous. He could get badly hurt and no promoter is going to sanction that. He’s being totally naive and underestimating boxing.”

We hope for Rio’s sake that he knows what he is getting himself into. He has no previous boxing experience apart from the training he has done since retiring from football. In terms of weight class, he currently stands at around 87kgs, which would have him in the Cruiserweight division.

Former cricketer Andrew Flintoff launched a boxing career of his own back in 2012, winning his only professional fight against American Richard Dawson at Manchester Arena on points. Whether or not Rio will be as successful remains to be seen.

As matched bettors, we usually only talk about Betfair in relation to using their betting exchange to lay our bets offs, but they have hit the headlines in a big way here. Whether or not it is all one huge publicity stunt can be debated, but it appears Rio himself is fully invested in his new career.

For the majority of matched betting offers, we recommend using Betfair exchange for a number of reasons. As the biggest name in the betting exchange world, they have the largest number of users, which means that you are likely to find the most liquidity on the majority of markets.

They also list more markets than their competitors, which is crucial when finding a good match for a more obscure selection. They do have a higher commission rate than Smarkets, but on occasion they offer special discounts, such as the recent promotion of 2% commission for August and September on Premier League Match Odds markets.

The current welcome offers for Betfair are great too. For the sportsbook, you can get up to £100 in free bets when you place £250 worth of bets. When following our step by step guide, you can lock-in a profit of around £68. For the exchange, you can get a risk-free £20 bet. If it loses, get your stake back as a free bet, which we can be turned into a profit.

Reasons to use Betfair Exchange

One thing is for sure, with MatchedBets.com you will be able to benefit from any valuable bookmaker promotion. We list step by step guides for each, showing you exactly how to ensure a profit through matched betting techniques.