Aristocrat Ltd. Leads: Companies impacting the growth of the Australian iGaming industry in 2020 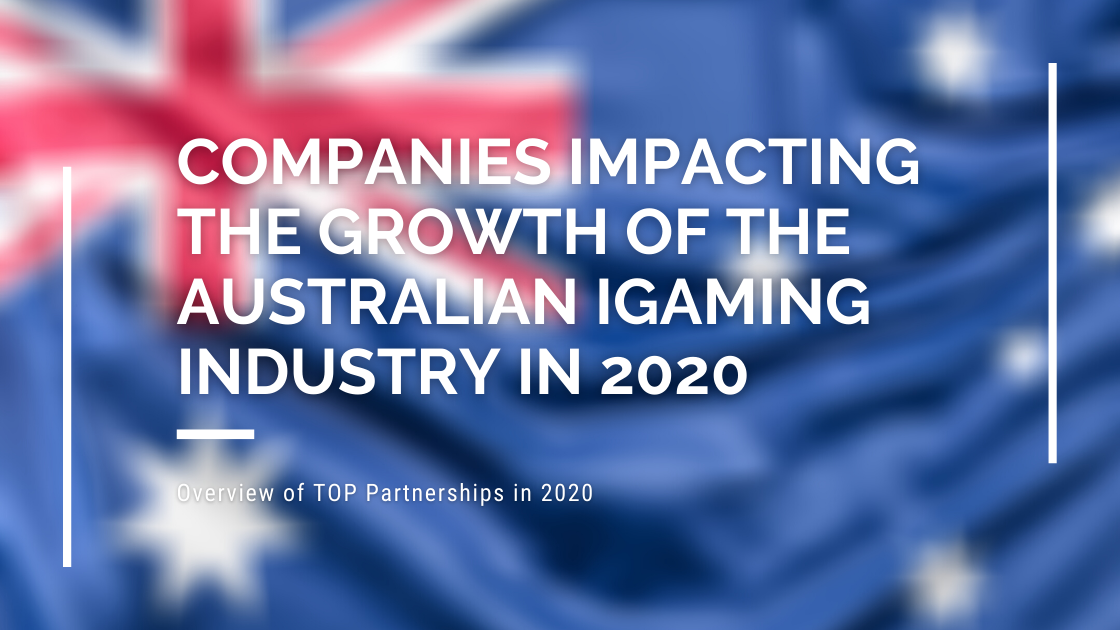 The iGaming in Australia is a prevalent practice, and it started a long time ago. It all started around the 1700s when travellers brought with them different ideas for games and recreation. With time, what was just a game and entertainment tool has grown into a multi-billion dollar industry. As of 2011, a study showed that around 70% of Australia’s population generated more than 15 million in tax. Like in most industries, consumer demand has been the leading cause of development in the gambling sector.

New casinos are springing up daily to cater to the teaming number of gamblers in Australia and across the world. While this is good, the industry has various government concerns, especially in terms of safety. In response to these concerns, on the international level, gambling is monitored by the commonwealth. In Australia, the government monitors the activities of internet gaming through licensing agencies.

On the path of software companies, there have been lots of innovations to ensure user safety. It starts with special encryption tools with which the casinos can safely keep their clients’ data without 3rd party interference. The games themselves are played using Random Number Generators RNGs for fairness to all players involved.

Aristocrat Technologies is partnering with Boyd Gaming to produce the B Connected Mobile player loyalty application. This is a step to cater to all of the needs of its players in one place. According to Boyd Gaming, the app will give players real-time access to all of their casino services. Members would see promotional offers, access their gaming balance, and enter into any ongoing pool prize competition with the application.

In the future, the application looks at becoming a membership card for casinos. For companies like Boyd Gaming, it could replace a lot of things. Players would only need their phones as against how to use cash for wagers.

The partnership is not coming as a surprise, since Aristocrats Limited is one of the largest in the Australian iGaming industry. As of the middle of 2020, the company’s profit after taxation was 856.56 million dollars. The numbers are due to the company’s top game performance in the market. Also, Aristocrats’ slots are accessible online in almost all casinos as real money or free games. Thanks to HTML5 technology, Free pokies by Aristocrat and their paid games are available on PC, iOS, and Android platforms. Like other casino free slot games, players can play free pokies by Aristocrat, with no downloads and registration requirements.

Evolution Gaming is a specialist in the gambling industry when it comes to live casino games. Their vision has always been to develop innovations that would make game-show type slots exciting and fun to play. During his five-year stay in office, the company’s CEO has seen to it that the company delivers just the best.

Their games feature some of the most sophisticated 3D designs. Just like in real TV shows, players would see life-like presenters, a feat that makes them unique and the best in their niche of the industry.

In the future, Evolution gaming is looking to gain dominance not just in live casinos but in the iGaming space as a whole. The CEO has plans for partnering with NetEnt, in a deal that might help them stay ahead of the industry.

However, they seem to be late with their plans as Aristocrat partners with Inspired entertainment. With the new licensing contract, Aristocrat Company can now have their games in the UK, Italy, Greece, where they didn’t have markets before.

NetEnt is rated as one of the largest companies in the iGambling market. Sadly, the company has been a gradual loss in the value of its shares since May 2016. The company’s shares were $10.95, as of March 2020, it was only $1.83.

Surprisingly, the company is doing just fine, despite the drop, especially after their latest purchase, Red Tiger gaming. The startup was growing at 50% and had since its acquisition, increased the value of NetEnt. By the last quarter of 2020, NetEnt’s shares rose by almost 900% to $9.

With a merger of such magnitude between the two big companies, the iGaming community is expected to see some massive developments. Leaders in the industry would release games with higher quality, better graphics, and more engaging titles.

As part of plans to improve players’ convenience, strengthen their loyalty, and generate better insights for casino owners, IGT is launching their Casino management system. Over the years, International Gaming Technologies PLC has gained a name for itself with its robust and diverse portfolio for the gambling industry. The company has long developed many digital solutions for its clients that make them stand out from other casinos in the industry.

IGT has chosen the Crown Sydney Hotel in Australia to run their prototypes. That is because of Crown Sydney’s efficiency and flexibility that has been proven over the years. The invention called the IGT Advantage aims to connect players offshore with electronic table games and live games on land casinos. At the same time, innovation will improve the players’ gaming experience and give the hotel a better market standing.

When fully out, the platform would run the M5 window service, which would be powered by HTML5 technology.

This innovation would enhance business in the iGaming niche. It would also help the casinos provide better personalized and unique services based on player experience.

Playtech ranks amongst the world’s largest suppliers of gaming software in the world. The company boasts of a total revenue of about 1.5 billion Euros as of 2019. Their subsidiaries include Yoyo Games, Quickspin, and many more

Being one of the industry leaders, Playtech has announced its collaboration with the Responsible Gambling Council. RGC is a Canadian, non-governmental, non-profit organization dedicated to preventing problem gambling. As part of their new 5-year plan, Playtech aims to support mental well-being while promoting safer gambling.

In achieving this feat, Playtech would be putting all of its experience and expertise to push RCG through the research. The research itself, in the end, would prove beneficial to all stakeholders in the gambling space. While the analysis would improve players’ well-being, casino owners would have sustainable growth and productivity from using the insights generated from the study.

In the end, Playtech would use most of the industry insights generated to improve digital well-being and safe gambling at the same time.

Get everything for 14 days.

All of our packages include the same advanced tools. All prices include VAT

*Your profit may vary